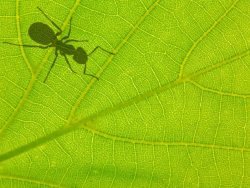 Ants are found in almost every environment.

The ant social structure and organisation of their colonies is one of the main attributing factor for their success.

Colonies may have single or multiple queens.

Ants are very tolerant to changing food sources and environments.

Many pest ants in Australia are exotic species that have been introduced through goods transported in containers etc.

Trophylaxis (the sharing of food between ants) is a key ant behaviour to consider when designing control methods. Not all ants exhibit this behaviour.

Ant species vary in their specialisation for instance ants can be specialist in creating ‘farms’ of aphids (for their honeydew), collect seeds or are predatory.

Generally ants are considered a nuisance and in some countries considered the number 1 pest as they can be difficult to control.

For more detailed information we recommend going online the to PaDIL website http://www.padil.gov.au/ (type in the name/s of the ant you think you have into their Search-lite service)

Thank you Cooroy pest control excellent service very professional. I found Shane, Paul, Karlee, and all staff were so helpful

As part of the school’s annual maintenance program, we engage the services of a Pest Control company to treat the

A great company to deal with. Very knowledgeable, professional & thorough.. Termites are a daunting prospect but they made me